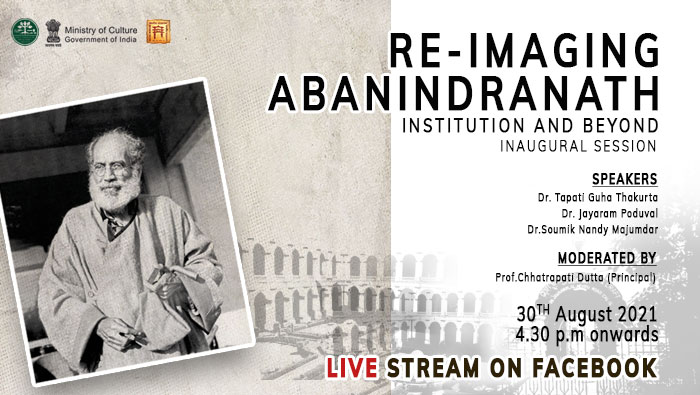 …Above is an extract from the formal application Abanindranath Tagore had submitted for the post of vice principal at the then Government School of Art at the behest of E.B. Havell. Essentially an artist Abanindranath was initially hesitant about his role as an art teacher at this institution. He, who never had any institutional training in art believed that neither a rigorous formal training nor a defined syllabus can stimulate an innovative artist. Yet the walls of this august institution saw the budding and blooming of an art teacher who would later be known as Shilpoguru.

With his ardent passion to traverse the new vistas of the artistic heritage of India and Asia, to fashion a visual parole that would both be contextual and modern, he nurtured the young minds of the likes of Nandalal Bose, Surendranath Ganguly, Asit Hader, K. Venkatappa, who were amongst his first batch of students at the Govt. School of Art. His responsibility was high; ‘training’ these young artists, initiating them into a language that itself was in a nascent state. Yet like a guru in the true sense of the term he led them to the world of sight and image – a world of creation where each step led to a new discovery. He had an innate aversion for any kind of imposition, the very idea of ‘schools’ with their repetitive curriculum, had never appealed to him, hence his work with his students was more of a bonding with images – innovative and yet ingrained in the artistic tradition of the past. That was the beginning of a long journey as a teacher, a guru, who would later establish The Society of Oriental Art, along with his esteemed brother Gaganendranath Tagore, would lecture and write extensively in contemporary journals so as to make the people curious enough to feel the pleasure that only a work of art can offer.

After the death of Rabindranath Tagore he had been the ‘acharya’ or the chancellor of Visva Bharati for some years, following the model of the late maestro. He in his own way had revolted against colonial hegemony to establish a new paradigm and chartered out a pedagogical structure, that though institutionalized, had the power to go much beyond the boundary, thus creating a new discourse. This yearlong celebration to mark the one fiftieth birth anniversary of Abanindranath Tagore, has at its core an endeavour to re- image this artist by looking beyond his iconic stature as an artist.